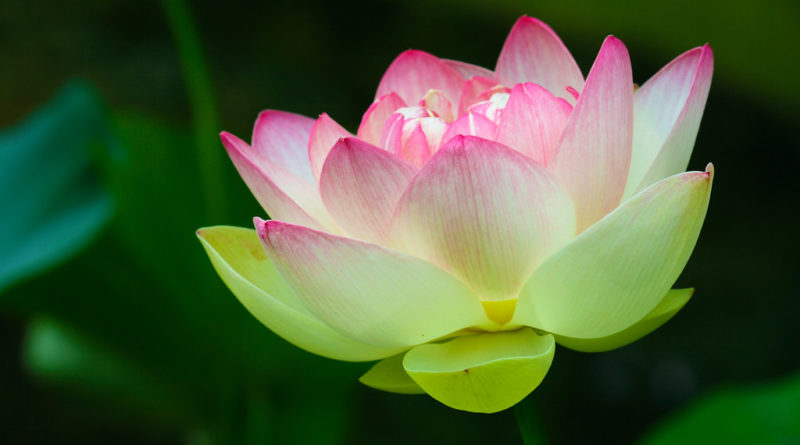 This second major division of Nidāna Vagga Saṃyutta Pāḷi contains ten saṃyuttas, all dealing with fundamental aspects of the doctrine. The discourses are chiefly concerned with the principles of conditionality and interdependence, explained in the detailed formula which is called Paṭiccasamuppāda (Conditioned Genesis or Dependent Origination), consisting of twelve factors.

Various aspects of Paṭiccasamuppāda, together with expositions on doctrinal matters concerning practice of the holy life form the main theme of the early suttas in these saṃyuttas.

In Paṭiccasamuppāda Sutta, the first sutta of this saṃyutta, the Law of Dependent Origination outlined in the form of a formula is briefly explained by the Buddha to five hundred bhikkhus who are perceived by the Buddha to be sufficiently developed and ripe for the attainment of arahatship. In the Vibhaṅga Sutta, the second sutta of the saṃyutta, the Law of Dependent Origination is further explained in fuller details to the other bhikkhus.

In Pañcaverabhaya Sutta, the Buddha lays down the criteria by which the status of attainment of a noble bhikkhu may be judged. If a bhikkhu is freed of the five dangers arising from five evil deeds, namely, killing, stealing, sexual misconduct, telling lies and taking intoxicating liquor and drugs; if he is established in the four accomplishments of a sotāpanna, namely, firm faith and confidence in the virtues and attributes of the Buddha, of the Dhamma and of the Sangha, and perfect purity in sīla; and if he possesses comprehensive analytical knowledge of the Law of Dependent Origination, he is assured of a happy future with no danger of arising in states of woe and misery and is certain of further advancement in the holy life.

In Puttamaṃsūpama Sutta, it is explained that four nutriments (āhāra), are “conditions” necessary for the existence and continuity of beings: (i) ordinary material food (kabalīkārāhārakārāhāra); (ii) contact of sense organs (phassa); (iii) consciousness (viññāṇa); and (iv) mental volitional or will (manosañcetanā).

This sutta is addressed especially to young bhikkhus recently admitted into the order. They are enjoined to take their meals with due reflection on the loathsome nature of food so as not to be overcome by greed and attachment for it. A bhikkhu should take meals not with a view to enjoy it or relish it, thereby augmenting craving, but just to sustain himself in order that the holy life may be lived. A particularly illuminating parable is used here by the Buddha: a man and his wife set out on a very long journey accompanied by their beloved son. Half-way on their journey they ran short of food. With no means of fresh supply, they plodded on with starvation staring in their face. The little son soon succumbed to hunger and died. The man and his wife decided to save their lives by eating the flesh of their dead son. They ate with no relish nor enjoyment but only to sustain themselves for the rest of the journey.

Susima Paribbajaka Sutta gives an account of the wandering ascetic Susima who is one of those who join the Buddha’s order with ulterior motives. After the rains residence many bhikkhus come to pay their respects to the Buddha to whom they would report their attainment of arahatship. When he learns from these arahats that they possess no supernormal powers such as the divine power of vision, divine power of hearing, or knowing other people’s mind, he is very disappointed. He has come into the order just to acquire powers with which to win fame and gain for himself.

He approaches the Buddha and inquires how the bhikkhus could claim arahatship when they possess no supernormal powers. The Buddha explains to him that their liberation is through pure insight knowledge not associated with jhāna accomplishments. Through Vipassana meditation only they have seen the real nature of nāma and rūpa(realities of nature-dhammaṭṭhiti) followed by realization of nibbānathrough magga ñāṇa.

The Buddha takes him through the same course of meditation, testing by means of questions his understanding of the five khandhas, their nature of anicca, dukkha, anattā, finally establishing him in the insight that none of the these khandhas is to be regarded as “This is mine; this is I; this is my self”. At the end of the discourse he gains full understanding of the Dhamma with the attainment of arahatship. When he realizes the state of arahatship himself without coming into the possession of the supernormal powers, he confesses to the Buddha the ulterior motive with which he had joined the order, and begs to be pardoned for such evil intentions.

The natural law of affinity is pointed out by the Buddha in the Caṅkama Sutta of the saṃyutta while he is staying at the Gijjhakūṭa Hill near Rājagaha. He draws the attention of the bhikkhus to the scene outside, where his senior disciples are taking a stroll attended upon by their own group of followers. He says, “Bhikkhus, those many bhikkhus under the leadership of the Venerable Sāriputta are all wise being endowed with much deep knowledge of the Dhamma. Those surrounding the Venerable Mahā Moggallāna are well accomplished in supernormal powers. The Venerable Mahākassapa and his followers are strict observers of dhutaṅga austerity practices. The bhikkhus led by the Venerable Anuruddha are fully endowed with the divine power of vision. The Venerable Puṇṇa and his disciples are adepts at teaching Dhamma. The Venerable Upāli with his followers are experts in Vinayarules of discipline and the bhikkhus under Ānanda’s guidance are noted for their knowledge in many fields. Devadatta and his many followers are distinguished by their evil ways, thoughts and desires. Bhikkhus, in this way are the beings grouped together in accordance with their natural bents and tendencies. The law of affinity works in such a way that kindred spirits flock together; those of evil disposition in one group, those of wholesome inclinations in another. This law of affinity has held true in the past, as it is true now and will be true in the future.”

In the various suttas of this saṃyutta, the Buddha teaches that the cycle of existence, the saṃsāra, represents the continuous arising and passing away of khandhas, āyatanas and dhātus. This incessant process of evolution and dissolution of dhātus (the fundamental elements of matter and mind) and khandhas (compounded of the dhātus) is endless. Blinded by avijjā (ignorance), and by nīvaraṇas(hindrances), and fettered by taṇhā (craving), beings have been passing from one existence to another around and around the cycle of saṃsāra, for immeasurable periods of time. To bring home this fact of immensity of suffering undergone by beings, the Buddha has given many similes in this saṃyutta, most illustrative of which are those of the four oceans and the Vepulla Mountain given in the Assu Sutta. The tears shed through the ages by each being on account of suffering due to disease, death, separation from the loved ones, association with the unloved ones, would fill the four oceans to the brim. The bones left behind by a being after death in each existence, if collected together at a certain place would be as high as the Vepulla Mountain which lies north of the Gijjhakūṭa Hill.

The only way to escape from this round of endless suffering is to perceive the real nature of the khandhas by means of Vipassana meditation until one becomes disenchanted with them; and thus by abandoning craving for, and attachment to them one attains liberation through the realization of nibbāna.

The Buddha teaches in other suttas that one should in the meanwhile develop loving-kindness towards all sentient beings with the realization that, during the immeasurably long passage through the saṃsāra, there is no being who has not been one’s mother, father, sister, brother or one’s son or daughter, relative or friend.

In the Candūpama Sutta of this saṃyutta the Buddha lays down codes of conduct for bhikkhus, giving the example of the moon. Just as the moon sheds its light equally on every object or person, so also a bhikkhu should equally treat everyone, young or old or of middle age, showing favouritism to none nor hostility to any. He must deal with them with due regard, humility and meekness. Mindfulness should be ever present in his relations with all classes of people. For example, when a certain person tries to obtain his drinking water from an old well or from a riverbank of loose sand or from down a precipice, he approaches the source of water with great care, controlling his movements and actions. Much in the same way should a bhikkhu conduct himself with great mindfulness in his dealings with all classes of people.

In teaching the Dhamma to lay disciples, if his motive is to win gain and fame for himself, then his teaching should be regarded as impure. The Dhamma should always be taught out of compassion and with pure thought so that the Dhamma which is excellent in the beginning, excellent in the middle and excellent in the end, namely, the Dhamma on sīla, samādhi, and paññā, can be heard, understood and practised by the listener.

In the Saddhammappatirūpaka Sutta, the Buddha outlines the conditions under which the teaching would decline or under which it would prosper. The Buddha gives the discourse in answer to a question asked by the Venerable Mahākassapa as to why it is that in former days when there were only a few disciplinary rules promulgated by the Buddha, there were a large number of arahats; and now that the disciplinary rules have multiplied, only a few attain arahatship.

The Buddha explains that the number of disciplinary rules increases in proportion to the deterioration in the moral state of beings. So long as no spurious and false teachings appear in the three branches of the teaching (pariyatti, theoretical learning; paṭipatti, practice; paṭivedha, fruits of the practice), so long will the teaching remain genuine, pure and untarnished. But when spurious and false teaching appears, this teaching with its three branches will decline gradually until it vanishes altogether, much in the same way as the genuine gold disappears when imitation gold is introduced to take its place.

The Buddha concludes: “And Kassapa, just as iron is destroyed by rust, it is the members of the order who are corrupt, immoral, who cannot hope to attain higher knowledge, who will bring about the downfall of the teaching.”

In the last few suttas of Nidāna Vagga are discourses that describe the fearful destiny of corrupt bhikkhus and bhikkhunis and those lay people who have done evil deeds in previous lives. The Venerable Mahā Mogallāna sees them suffering intensely in the Peta world and describes their conditions vividly. The Buddha confirms what the Venerable Moggallāna has recounted.