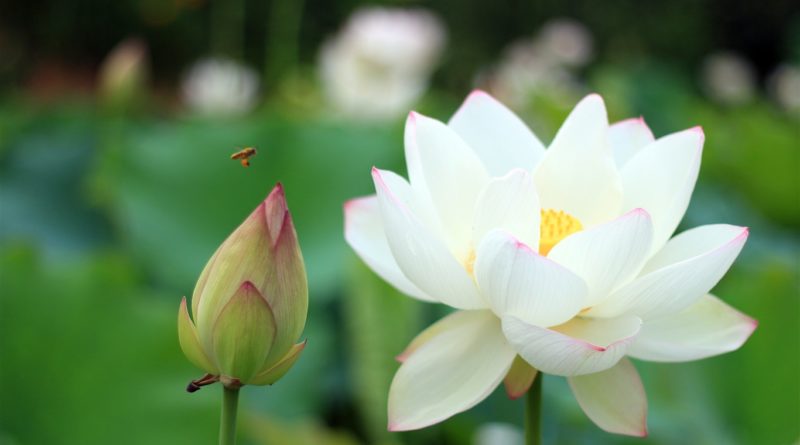 What is Threefold Training – by Mahasi Sayadaw

On coming across the Teaching of the Buddha, it is most important for everyone to cultivate the virtues of moral conduct (sīla), concentration (samādhi), and wisdom (paññā). One should undoubtedly possess these three virtues.

However, this ordinary form of mundane morality (lokiya-sīla) will not be a safeguard against relapse into the lower states of miserable existence, such as hell, the animal realm, or the realm of petas (ghosts). It is therefore desirable to cultivate the higher form of supramundane morality (lokuttara-sīla). When one has fully acquired the virtue of this morality, one will be secure from relapse into the lower states and will always lead a happy life by being reborn as a human being or a deva. Everyone should therefore make it his duty to work for supramundane morality.

There is every hope of success for anyone who strives sincerely and in real earnestness. It would indeed be a pity if anyone were to fail to take advantage of this fine opportunity of being endowed with higher qualities, for such a person will undoubtedly be a victim sooner or later of his own bad karma, which will pull him down to the lower states of miserable existence in hell, the animal realm, or the sphere of petas, where the span of life lasts for many hundreds, thousands or millions of years. It is therefore emphasized here that coming across the Teaching of the Buddha is the unique opportunity to work for path morality (magga-sīla) and fruition morality (phala-sīla).

It is not, however, advisable to work for moral conduct alone. It is also necessary to practice samādhi or concentration. Samādhi is the fixed or tranquil state of mind. The ordinary or undisciplined mind is in the habit of wandering to other places. It cannot be kept under control, but follows any idea, thought or imagination, etc. In order to prevent this wandering, the mind should be made to attend repeatedly to a selected object of concentration. On gaining practice, the mind gradually abandons its distractions and remains fixed on the object to which it is directed. This is samādhi.

There are two kinds of concentration: mundane concentration (lokiya-samādhi) and supramundane concentration (lokuttara-samādhi). Of these two, the former consists in the mundane absorptions, such as the four rūpa-jhānas — the absorptions pertaining to the world of form — and the four arūpa-jhānas — the absorptions pertaining to the formless world. These can be attained by the practice of tranquility meditation (samatha-bhāvanā) with such methods as mindfulness of breathing, loving-kindness (mettā), kasina meditation, etc. By virtue of these attainments one will be reborn in the plane of the brahmas. The life-span of a brahma is very long and lasts for one world cycle, two, four, or eight world cycles, up to a limit of 84,000 world cycles, as the case may be. But at the end of his lifespan, a brahma will die and be reborn as a human being or a deva.

If one leads a virtuous life all the time, one may lead a happy life in a higher existence, but as one is not free from the defilements of attachment, aversion and delusion, one may commit demeritorious deeds on many occasions. One will then be a victim of his bad karma and be reborn in hell or in other lower states of miserable existence. Thus mundane concentration also is not a definite security. It is desirable to work for supramundane concentration, the concentration of the path (magga) and the fruit (phala). To acquire this concentration it is essential to cultivate wisdom (paññā).

There are two forms of wisdom: mundane and supramundane. Nowadays, knowledge of literature, art, science, or other worldly affairs is usually regarded as a kind of wisdom, but this form of wisdom has nothing to do with any kind of mental development (bhāvanā). Nor can it be regarded as of real merit, because many weapons of destruction are invented through these kinds of knowledge, which are always under the influence of attachment, aversion, and other evil motives. The real spirit of mundane wisdom, on the other hand, has only merits and no demerits of any kind. True mundane wisdom includes the knowledge used in welfare and relief work, which causes no harm; learning to acquire the knowledge of the true meaning or sense of the scriptures; and the three classes of knowledge of development for insight (vipassanā-bhāvanā), such as knowledge born of learning (sutamaya-pañña), knowledge born of reflection (cintamaya-pañña), and wisdom born of meditative development (bhāvanāmaya-pañña). The virtue of possessing mundane wisdom will lead to a happy life in higher states of existence, but it still cannot prevent the risk of being reborn in hell or in other states of miserable existence. Only the development of supramundane wisdom (lokuttara-pañña) can decidedly remove this risk.

Supramundane wisdom is the wisdom of the path and fruit. To develop this wisdom it is necessary to carry on the practice of insight meditation (vipassanā-bhāvanā) out of the three disciplines of morality, concentration, and wisdom. When the virtue of wisdom is duly developed, the necessary qualities of morality and concentration will also be acquired.