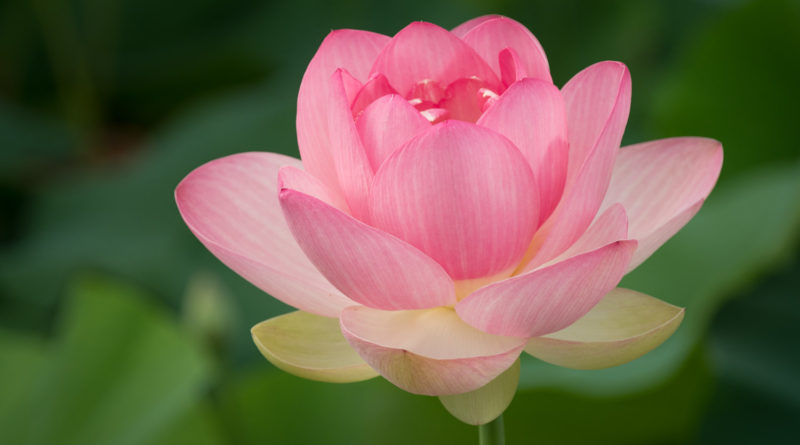 What should one get acquainted with before one makes vow for the five precepts? One should have a basic knowledge of the Buddha Dhamma, and understand the reasons why the five precepts should be taken.

1. Abstain from killing.
Killing has always been a source of harm for both oneself and others. It doesn’t do one any good whatsoever, and any killing may cause one to remorse and generate bad kamma for oneself. After one kills the other, the offspring of the other person may seek revenge, and generations and generations of fight will continue on and on because of killing. This can be witnessed anywhere in today’s world. It is one of the most serious bondages that binds one to the rounds of life and death. Therefore an absolute abstention should be taken to vow.

2. Abstain from stealing.
Stealing is also another action that causes harm to both oneself and others. A thief has to find a place to hide all the time in order to prevent himself from getting caught. The things that he steal has to be hidden secretly and used cautiously. What a great bondage and burden one will cause oneself if one steals! Worse still, one may even get obsessed with stealing, and his entire life will always be running away and hiding in order not to get caught. Furthermore, the person who lost his property may never give up chasing after the thief and put him under the punishment of the law. Therefore stealing doesn’t do good to oneself and others, and it is one of the most serious bondages that binds one to the rounds of life and death. Therefore an absolute abstention should be taken to vow.

3. Abstain from sexual misconduct
Sexual misconduct has always been an act of harm to families and friendships. It also doesn’t do oneself and others any good whatsoever. A man who seduces other’s wife has to suffer in deep hell for a very long time. In his return, he will even become a woman. Similarly, a woman who seduces another woman’s husband will suffer the same consequences. In the present life time, a seducer of other’s wives is never welcomed anywhere, and his friends will depart him and see him as an enemy to themselves. If one thinks intelligently, this act is solely based upon lust, and it only raises wars and increases enemies. This is also another serious bondage that binds one to the rounds of birth and death. Therefore an absolute abstention should be taken to vow.

4. Abstain from lying
A lot of lying speeches are solely based on greed and lust as well. One lies in order to get the profit or take advantage of others. However, those who lie never feel secured themselves. Lying creates a sort of inner insecurity, and it makes one feel uncomfortable. Serious lies can throw one into trouble no less than the case of stealing. For example, if one gets caught lying in the court, one may get thrown to jail. Furthermore, lying can create lots of misunderstandings, wars, fights, etc., it doesn’t do oneself and others any good whatsoever. A man never likes a woman who keeps on lying to him. Similarly, a woman never likes a man who keeps on lying to her. This way, trust will never be established. Lying is one of the most serious bondages that binds one to the rounds of life and death. Therefore an absolute abstention should be taken to vow.

5. Abstain from intoxicants.
Today many people find wine drinking enjoyable. Some even claim that drinking a little bit of wine has help to one’s health and makes one’s life live longer. However, this statement should be thoroughly investigated. Many Buddhist monks in Burma who never drink alcohol in their lives live up to eighty, ninety, or even a hundred years old in average. On the other hand, the statistic of how long those who drink wine live is far less than those who abstain from drinking. Therefore a statement like this could be solely based upon addiction, but not health. One may argue about self-control on the issue of drinking, but this is blindly closing one’s eyes for the long-term consequences. Drinking in the long run decreases the ability of one’s immune system, and it makes one’s intelligent and reasoning faculties slow or even getting ruined. It also makes one grow weaker when one gets old. Furthermore, if one is a householder, drinking can leave his home unprotected, his wealth unprotected, his wife and children unprotected, and even causing himself harm if he drives after drinking. There are serious consequences in the act of drinking that one should think of. A man never likes a woman who gets drunk everyday, and similarly, a woman never likes a man who gets drunk everyday. One not only loses one’s wealth, one’s family, and one’s friends, one also loses his health and his self-control. Addiction to alcoholic drinks and drugs is one of the bondages that binds one to the rounds of birth and death, and as one realizes this and wish to put forth zeal to stop one’s suffering, one should therefore make a vow for absolute abstention from drinking.

To take each precept, chant the following,

Conditions that Break the Precept

The five factors of the first precept are:

The five factors of the second precept are:

The commentaries to the Brahmajala- sutta and the Kangkha-vitarani cite two factors for the third precept:

* sevanacittam — the intention to have sexual intercourse.
* maggena maggap-pati-padanam — sexual contact through any one of the ‘paths’ (i.e., genitals, anus or mouth).

The commentary to the Khuddakapatha gives four factors for the third precept:

The fourth precept has four factors:

The fifth precept has four factors:

What to Do If One Breaks a Precept

If one is willing to continue practice, then one should request the precepts anew. This is better than abandoning the precepts in a broken state.

Twenty Types of Women One Cannot Encroach On

Any man who encroaches on any one of these twenty groups of women, along with the factors mentioned above, breaks the third precept.