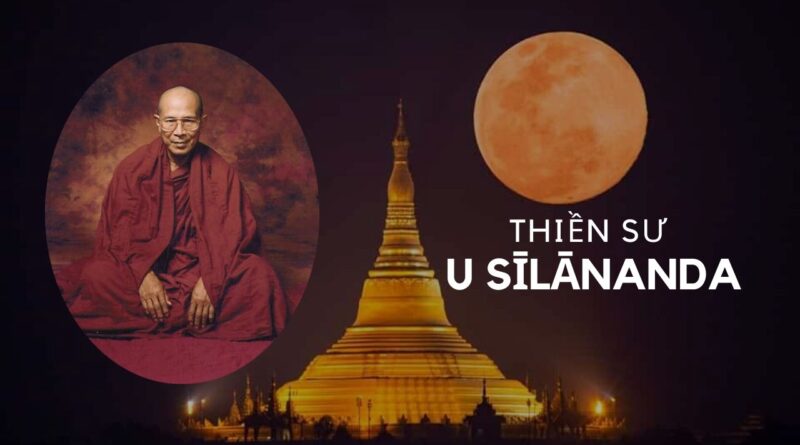 Ordained a novice at age 16 and received his higher ordination in 1947.

Studied under many renowned Sayadaws both in Sagaing and Mandalay. Profoundly brilliant and excels in numerous religious examination where he was conferred prestigious titles in 1950 and 1954. In 1954 he went to Sri Lanka and passed with distinctions in Pali and Sanskrit the GCE Advanced Level Examination (University of London in Sri Lanka). Lectured at Atothokdayone Pali Unviersity in Sagaing Hills, Buddhist Scriptures, Pali, Sanskrit and Prakit languages at Abhayarama Shwegu Taik monastery, Mandalay and was an External Examiner at the Department of Oriental Studies, Arts and Science University, Mandalay for Bachelor’s and Master’s degrees. Lectured M.A. (Pali) students at Mandalay University, and gave guest lectures at University of California at Berkeley and Stanford University.

He was the Chief Compiler of the Tipitaka Pali-Burmese Dictionary and was one of the distinguished editors of the Pali Canon and the associated Commentaries at the Sixth Buddhist Council (1954-56), Member of the Advisory Board of Meditation Teachers of Mahasi Sasana Yeiktha in Yangon (1993), Rector of the International Theravada Buddhist Missionary University of Yangon (1999).

Accompanied Ven. Mahasi Sayadaw during their visit to California (1979). Conducts meditation retreat internationally. And amid his busy schedules, Sayadaw has authored many English books, apart from those in the Burmese language. Sayadaw has also extensively revised and edited a translation of “Abhidhamma in Daily Life” by Sayadaw U Janakabhivamsa.

Sayadaw U Silananda was born in Mandalay, Burma (now known as Myanmar) on Friday, December 16, 1927 (the 8th Waning of the month of Nadaw in  Burmese Era 1289) of parents Wunna Kyaw Htin Saya Saing and Daw Mone. Saya Saing was a renowned Burmese architect. (See “Work of Saya Saing”) and had to his credit many religious buildings throughout the country. He was a very religious man and a meditator as well. He was awarded the title “Wunna Kyaw Htin” by the Government of Burma for his outstanding achievements in Burmese architecture and religious activities.

Two brothers of Sayadaw are also prominent Burmese architects.  His two nephews are graduate architects of RIT. His brother U Ngwe Hlaing was the chief designer and his nephew U Than Tun is co-designer of the “Karaweik” in  Kandawgyi (Royal Lake), Rangoon.

At the age of 16, on April 14, 1943 (on the 10th Waxing of the month of Tagu in Burmese Era 1305, also the third day of the Water Festival) during the Japanese occupation, U Silananda became a novice at Mahavijjodaya Chaung monastery in Sagaing Hills under the preceptorship of Sayadaw U Pannavata, a very faamous and popular preacher. He was then given the religious name “Shin Silananda”.

With the consent of his parents, on Wednesday July 2, 1947 (on the Full Moon day of Waso in Burmese Era 1309) he became a full-fledged monk at the same monastery with the same preceptor. Four days later re-ordination ceremony was held in his honor at Payagyi Taik monastery in Mandalay by U Ba Than and Daw Tin (his aunt), dealers in religious artifacts. Again in 1950 (Burmese Era 1311) a second re-ordination ceremony was held in his honor at Kyaungdawya Shwegyin Taik, Rangoon (now Yangon) by rice merchants U Ba Thein and Daw Ngwe Saw.

He received his early years’ education at Kelly High School, an American Baptist Mission School for boys, in Mandalay. He had his religious education in Tipitaka (Buddhist Scriptures) under the guidance of his preceptor and many other renowned Sayadaws both in Sagaing Hills and in Mandalay.

He took the religious examinations held by the Government of Burma (now Myanmar) and passed the Phatamange (1st Grade) in 1946, Phatamalat (2nd Grade) in 1947, and Phatamagyi (3rd Grade) in 1948. He attained the 1st position in the 2nd Grade in the whole of Burma and 2nd position in the 3rd Grade. He got the degree of Dhammacariya, Master of Dhamma, in 1950 and was awarded the title Sasanadhaja Siripavara Dhammacariya. In 1954 he attained another degree when he passed the examination held by Pariyattisasanahita Association in Mandalay which was renowned to be the most difficult examination in Burma. He duely got to add to his name the word “abhivamsa”, hence his full name and title: U Silanandabhivamsa, Sasanadhaja Siripavara Dhammacariya and Pariyattisasanahita Dhammacariya.

He went to Ceylon (Sri Lanka) in 1954 and while there passed the GCE Advanced Level Examination (General Certificate of Education Examination held by the University of London in Ceylon) with distinctions in Pali and Sanskrit.

While he was in Ceylon he made a brief return to Burma and during that trip he practiced Vipassana meditation in Mahasi Sayadaw’s tradition.

He taught as a lecturer at Atothokdayone Pali Unviersity in Sagaing Hills, Buddhist Scriptures, Pali, Sanskrit and Prakit languages at Abhayarama Shwegu Taik monastery, Mandalay and was an External Examiner at the Department of Oriental Studies, Arts and Science University, Mandalay for Bachelor’s and Master’s degrees.

Sayadaw U Silananda was the Chief Compiler of the Tipitaka Pali-Burmese Dictionary and was one of the distinguished editors of the Pali Canon and the associated Commentaries at the Sixth Buddhist Council held at the Kaba Aye Hlaing Gu (World Peace Cave) in Rangoon (Yangon) from 1954 to 1956. Sayadaw U Silananda had a golden opportunity to work for Venerable Mahasi Sayadaw and Venerable Mingun Tipitaka Sayadaw.

He was also appointed a member of the Executive Committee of Shwegyin Sect, and in 1993 became a Senior Member of that Sect. He participated at the meeting of Cleaning-up of the Sasana held at Hmawbi (50 miles from Yangon).

In 1993, he was appointed a Member of the Advisory Board of  Meditation Teachers of Mahasi Sasana Yeiktha in Yangon.

Sayadaw was requested to be Rector of the International Theravada Buddhist Missionary University of Yangon in Myanmar (which opened in December, 1999).

He has visited many countries both in Asia and in Europe, and as a member of a party visited the United States in 1959 at the invitation of the U.S. Government.

In April 1979, Venerable Mahasi Sayadaw and his entourage (including Sayadaw U Silananda) visited San Francisco, California, USA with a full program of discourses, meritorious offerings, dhamma talks and meditation sessions.  (See “Happy 20th Anniversary TBSA”) At a later stage of the visit, Mahasi Sayadaw agreed to leave behind U Silananda and U Kelasa in San Francisco to fulfill the overwhelming request of Burmese community. (Sayadaw U Kelasa later moved to Maryland to become the Abbot of Mangalarama monastery.)

✈ Dhamma Activities in the U.S.

Since then Sayadaw U Silananda has been giving lectures on Buddhism including Abhidhamma (Buddhist Psychology) and teaching Buddhist meditation in the country. He is a competent teacher and rarely uses Pali words which are not familiar to lay people in his sermons. As one devotee said, “He teaches from an extraordinary depth of knowledge, communicating in clear and precise English. He is loved by his students and devotees as a skilled, patient and compassionate teacher.”

He is the Spiritual Advisor of the Theravada Buddhist Society of America (TBSA) which he helped set up, and the Founder Abbot of the Dhammananda Vihara monastery.  (See “A Personal Appreciation”)

He is also the Spiritual Director of the following (to name a few):

the Society for Advancement of Buddhism in Ft. Myers, Florida

Sayadaw has also conducted retreats in Malaysia and Singapore.

Selected works of Sayadaw U Silananda

Despite his busy schedules, Sayadaw has authored the following (in English):

Sayadaw has extensively revised and edited a translation of “Abhidhamma in Daily Life” by Sayadaw U Janakabhivamsa.

Sayadaw U Silananda lectured to the M.A. (Pali) students at  Mandalay University. He was also invited to give guest lectures at University of California at Berkeley and Stanford University.

✈  Sayadaw has conducted the following courses in both English and/or Burmese:

Based on Sayadaw U Silananda’s lecture notes, U Nandisena has translated a Pali Grammar text into Spanish.

Sayadaw has given numerous Dhamma talks in both English and Burmese. There are over 300 tapes holding Sayadaw’s talks. Some tapes (e.g. “Vassa”, “Dana”) have been distributed freely by TMC to its devotees.

Some talks have been transcribed and printed. They include ‘The Meaning of Tathagarta”, “Benefits of Walking Meditation”, to name a few.

With the initial support from TBSA, Sayadaw U Silananda has initiated several projects:

For his outstanding contribution to the sasana, Sayadaw U Silananda was conferred on the prestigious titles of Agga Maha Pandita in March, 1993 and Agga Maha Saddhammajotika Dhaja in March, 1999.