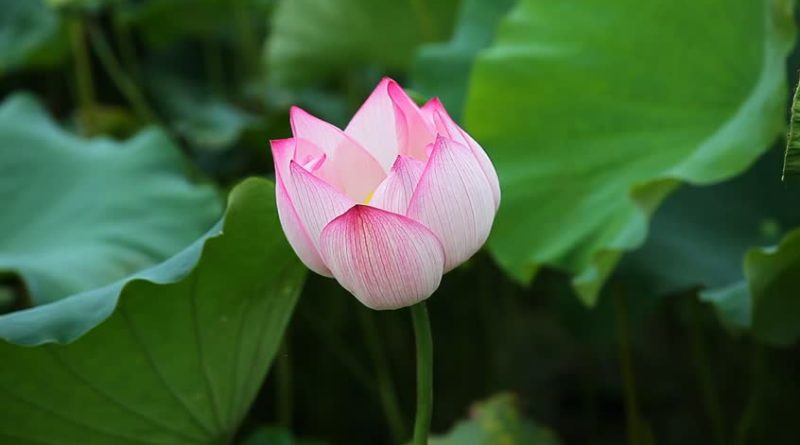 That deity standing on a side said this stanza in the presence of the Blessed One:

“Having cut what, does one sleep well and not grieve?
The destruction of what one thing, does Gotama like?”

“Having cut anger one sleeps well and does not grieve.
O! god, the destruction of the poisoned root and the sweet top
Of anger, the noble ones praise, as the state free from grief.”

“In this world, what wealth is foremost for man?
Purified by what, is pleasantness obtained?
Of tastes what is the foremost?
Living how is said, the livelihood is foremost?”

“In this world, faith is the foremost wealth for man.
Purified by the Teaching, pleasantness is obtained
Of tastes truth is foremost.
The livelihood of one living wisely is said to be foremost.”

“Why is the populace frightened in various ways?
As though disordered by the various faculties?
I ask wise Gotama,
Established how is someone not afraid of the next birth?”

“With words and mind intending good,
Not doing evil, with the body
A householder who has eatables and drinks to share
Should politely and bountifully give them to others
Established in these four things,
He would have no fear about the next birth.”

“What decays, what does not decay and what is the wrong path?
What is the danger of things?
What decreases by night and day?
What is the stain of the holy life?
What is the washing without water?
In the world how many are the apertures Where the mind does not settle?
We like to know this, from the good one.”

“Matter of beings decay
Name and clan does not.
Lust is the wrong path and greed is the danger.
Life span dwindles night and day.
Woman is the stain of the holy life.
The populace is soiled on account of the woman.
Austerities and the holy life are the washings without water.
There are six apertures in the world, in which the mind does not settle.
Avoid laziness, negligence, lacking in effort and taming
Sleepiness and heaviness after a meal, these are the apertures.”

(79) Pātheyyam –– Provisions for the Journey

“What are the provisions for the journey?
What is the home of enjoyments?
What carries away humans?
In the world what is difficult to give up?
The populace bound by what, is bound like a bird by a decoy?”

“Faith is the provisions for the journey.
Beauty is the home, of wealth.
Desires carry away humans and it’s difficult to give up desires
Desires bind the populace like a bird bound by a decoy.”

“What is the light, in the world?
What is wakefulness, in the world?
Who, lives in their actions?
And what is their deportment?
Who provides the lazy and the not lazy, like a mother providing her son?
What maintains the lives of the born, establishing them on earth?”

“Wisdom is the light in the world.
Mindfulness is wakefulness
Cattle live in their actions clinging to their movement
Rain provides the lazy and the not lazy, like a mother providing her son.
Rain maintains the lives of the born, establishing them on earth.”

“Who are far away from the world?
Whose livelihood is not wasted?
Who thoroughly do know, their desires? Feeding whom, is always good?
Who is worshipped with a good mind by mother, father and brother?
Why do the warriors worship, although he is an outcaste?

“A recluse is far away from the world.
That livelihood is not wasted.
The recluse thoroughly knows his desires. Feeding him is always good.
A recluse is worshipped with a good mind by mother, father and brother.
And even the warriors worship an outcaste.”